YOSHIKIMONO is selected for the kimono exhibition at the Victoria and Albert Museum in the UK, YOSHIKI’s innovative kimono styles receive critical acclaim internationally!

YOSHIKIMONO is selected for the kimono exhibition at the Victoria and Albert Museum in the UK, YOSHIKI’s innovative kimono styles receive critical acclaim internationally!

The kimono brand produced by YOSHIKI, “YOSHIKIMONO” is selected  as one of the displays for the kimono exhibition “Kimono: Kyoto to Catwalk” opening from February 20th at the Victoria and Albert Museum (V&A) which is Europe’s first major exhibition on kimono.

Some of the pieces are from “Mercedes-Benz Fashion Week Tokyo 2016 S/S” (Refer to the photo). Also by famous designers, such as Alexander McQueen, Yves Saint Laurent, Jean Paul Gaultier, and John Galliano will be lined up.

The ultimate symbol of Japan, the kimono is often perceived as traditional, timeless and unchanging. “Kimono: Kyoto to Catwalk”, the UK’s first major exhibition on kimono, counters this conception, presenting the garment as a dynamic and constantly evolving icon of fashion.

The exhibition curator, Anna Jackson says “YOSHIKI blew a new wind towards the kimono world by utilizing his rock’n’roll sense.  I’m really looking forward to exhibitioning his pieces. Especially the epochal styles YOSHIKIMONO has incorporated, will show how varied kimono can be.”

As other notable works in this exhibition,  there will be pieces produced by a living national treasure of Japan, Kunihiko Moriguchi, Alexander McQueen’s piece worn by Björk for her album “Homogeni”, costumes from the Hollywood movie “SAYURI”,  and costumes from “STAR WARS” which are produced by John Mollo and Trisha Biggar, based on kimono.

YOSHIKI, who was born the eldest son of a kimono fabrics shop owner, and chose the career in music in place of inheriting his father’s business, says “I’m honored to join this exhibition. I’m thankful for my brand “YOSHIKIMONO” being selected but also the fact that the whole kimono industry is being in the spotlight. Kimono is one of the most traditional things in Japan. I’m willing to keep the tradition and break the rules the industry has made in the limited field.” 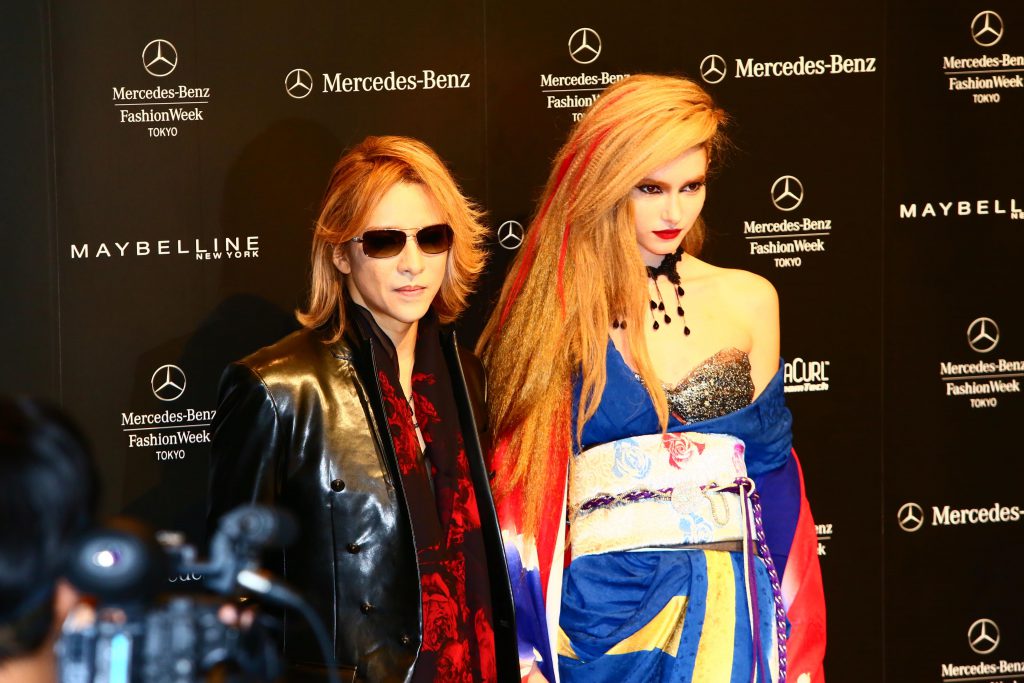